The older brother I never had. Psych-pop that twinkles and bleeps.

The Wall Came To The Fly 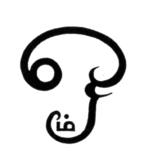 Africans playing psychedelia at the bottom of the sea.

I just received a notice from the University of Arizona announcing the unveiling of a new telescope named "LUCIFER." There has been a long lasting speculation as to 'why' the Vatican would have its own stellar observatory.

Some believe it is for the purpose to monitor a warning presented in the Bible. It is named "Wormwood" coming from the New Testament book of Revelation

After more than a decade of design, manufacturing
and testing, the new Large Binocular Telescope - dubbed LUCIFER 1 - provides a powerful tool to gain spectacular insights into the universe - from the Milky Way to extremely distant galaxies. LUCIFER, built by a consortium of German institutes, will be followed by an identical twin instrument that will be delivered to the telescope in early 2011.

Is it possible the Vatican has the same information as the Mayans? Both speak of an event coming from the center of our galaxy Milky Way. Both indicate a powerful celestial event. But the most important question of all is "when".

I do not believe any scientist or focused individual can argue that all of space science and cosmology appears to have a certain urgency for discovery. From galactic 'charged particles' to new found asteroids, there is a sense of 'let's find it as soon as we can'.

"With the large light-gathering power of the LBT, astronomers are now able to collect the spectral fingerprints of the faintest and most distant objects in the universe," said LBT director Richard Green, a professor of astronomy at the University of Arizona's Steward Observatory.

LUCIFER 1 and its twin are mounted at the focus points of the LBT's two giant 8.4-meter (27.6 foot) diameter telescope mirrors. Each instrument is cooled to -213 degrees Celsius in order to observe in the near-infrared wavelength range. Near-infrared observations are essential for understanding the formation of stars and planets in our galaxy as well as revealing the secrets of the most distant and very young galaxies.

The instrument is remarkably flexible, combining a large field of view with a high resolution. It provides three exchangeable cameras for imaging and spectroscopy in different resolutions according to observational requirements.

The instruments were built by a consortium of five German institutes led by the Center for Astronomy of Heidelberg University, together with the Max Planck Institute for Astronomy in Heidelberg, the Max Planck Institute for Extraterrestrial Physics in Garching, the Astronomical Institute of the Ruhr-University in Bochum, and the University of Applied Sciences in Mannheim.Dr John Coleman Committee of 300 by John Coleman
° Anónimo No hay comentarios:

As a sport that arouses almost religious fervour it is unsurprising that baseball has its fair share of superstitions.

It's said that you will be jinxed if you lend your bat to another hitter, while some players stick chewing gum on their caps to bring good luck.

But rarely in the history of America's national game has there been anything quite like this. Frank and Jamie McCourt, the multi-millionaire owners of the LA Dodgers, have been revealed to have employed a Russian scientist to beam thought waves to boost the team's chances.

According to Bill Shaikin of the LA Times, the McCourts paid Vladimir Shpunt several hundred thousand dollars over five years to apply his "V energy" and help the Dodgers to victory. Between 2004, the first season under the McCourts' ownership, and 2009, Shpunt was retained for Dodgers matches, despite the fact that he knew little about baseball.

He would channel positive vibes towards the players as he sat in Boston, some 3,000 miles from LA. By watching the game on television, he could get instant feedback on how his energy was affecting performance.

"It's very big work. I like this team to win," Shpunt told Shaikin. Shpunt began his professional life as a physicist in St Petersburg but says he discovered he had healing powers in the 1980s.

He was introduced to Jamie McCourt in 2004 and claims to have cured her through long-distance energy transmission of an eye infection.

The McCourts appear to have been delighted by his services. In September 2008, after the Dodgers won their National League West championship, Frank wrote in an email "special thank you to vlad for all of his hard work". Dodgers fans are understandably bemused by the news of the unconventional arrangement which comes in the middle of the McCourt's very messy divorce. "Say what you want about the McCourt ownership," wrote the fanzine True Blue LA, "but you have to hand it to them for finding new and creative ways to embarrass themselves."
° Anónimo No hay comentarios:

I feel cute when I listen to this.

Mescaline was my new wave scene.